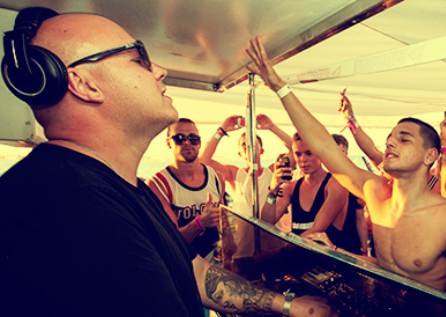 If we have to talk about a meteoric ascension, we have no doubt that Alan Fitzpatrick is the name.

This DJ from Southampton was an unknown producer in 2008, but that year he emerged on the techno block.

He was suddenly a talent acknowledgment as one of the most influential techno artist in those days, and some years after he is still making things that can surprise everybody.

Ibiza was his place from the first moment, this island has been the consecration of many DJs around the world.

Ibiza was the perfect place in the correct summer, 2008 season.

His career has been so successful that he has now his own production, he has been releasing works under his own label for some years.

We are always speaking about finding your own space in the electronic world.

He did it in techno genre, a place that you can expand as much as you want. “Truant”, Skeksis”, “For an Endless Night”, “Always Something for Nothing” or “Reflections” sound around the world, this last was a BBC Radio 1 Essential New Tune, something that it’s not easy.

Originality and inventiveness are the two bases for Fitzpatrick, vocals, cavernous beats, chord sequences and heavy-funk grooves are part of his style

In the summer of 2014 “I Want You” was one of the most played tracks in Ibiza, if you don’t remember this name just look for it in Youtube, in 2015 he did lots of remixes showing all the things that he can get.

He’s now traveling around Europe, North America, Asia and South America, but this summer he will stop some days in Ibiza and he will be with us in “Float Your Boat” showing us his skills, book your tickets now and join us the original Ibiza Boat Party