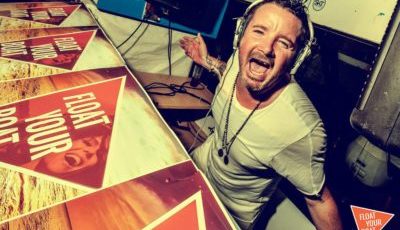 Scotsman Jack Eye Jones is not only an enigmatic DJ but he is also an accomplished producer and label owner. He has come from being a young man who owned a recording studio for bands to having a successful music career of his own.

Jack understands the synergy between dance music production and live percussion. This knowledge is exemplified through his powerful and energetic sets. His latest collaboration with Junior Sanchez is also a perfect example of this.

His music is no stranger to the dance floor, having his work remixed by some of biggest names in dance music. Laidback Luke, Tiësto, Blasterjaxx, Doorly, D-Wayne and Bolier have all put their stamp on Jack’s creations. Even the master of house music Todd Terry has jumped to remix his work! An interesting collaboration called ” Charlie says” between Todd and Jack is due out soon, so keep your ears peeled!

In 2015 Jack released his first album titled Summer Nights, which debuted at No.3 on the UK Apple Music Dance Chart, and 15 on the BBC Dance Music Album Chart. The singles from the album have already been racking up thousands of plays across radio stations and TV channels around the world. Still, Jack is not one to take a break as he’s currently putting the finishing touches to his new album, due out near the end of 2016.

Jack lives by inspiring and nurturing artists pushing them forward with his knowledge, relationships and network. His label IBZ Records and sub-label IBZ Deep are growing from strength to strength, gathering support from just about everyone in the industry!

Jack is one artist who certainly knows how to get the party started, just wait till you hear him or even better, meet him!