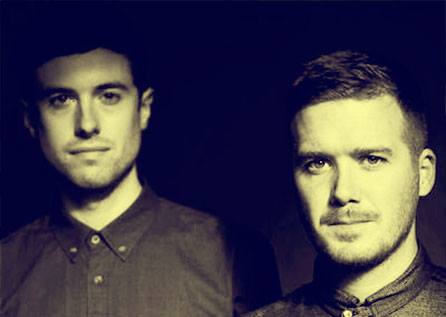 Matt & Kye have learned all the north London sound, now, they are traveling around the world expanding this kind of music. They just do music ready for party, the best DJ duo nowadays offers us just music for dancing. Their hip-swinging rhythms make us dance and dance again, a sound that you won’t forget in the whole night.

Gorgon boys grew up in England learning sounds like jungle, house, grime, hip-hop, and garage these sounds are the base of this music, all of them mixed just with one objective: party.

They are currently working with Black Butter Records, the label which gave us Rudimental, Virgin/EMI was the partner of this project. “Ready for your love” was a number one in all U.K. and many other corners of the world.

Glastonbury, The Great Escape, Bestival, SW4 are some of the festivals where this duo has showed his music. Last year Black Butter prepared an amazing show for Australian fans, Gorgon City and Rudimental together on tour along the island.

Gorgon City released his first album in 2014 and they are history already, and that’s not the best thing about them, the main fact about G.C. is the fact that they have a great future in DJ music. This summer you have the opportunity to share a private party on board with Gorgon City, just check the dates and book your ticket with us.