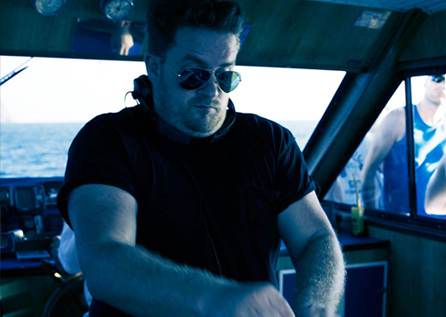 Daniel Pierce, best known as Eats Everything, is a DJ and music producer that was born in United Kingdom in 1980. He was living in Bristol, one of the British cities with more clubbing presence and home of lots of the best DJs in the islands. All the influence of this city permitted to Eats Everything mix all kind of music.

2011 was his best moment when he released “Entrance Song”, an EP that brought his music to all Europe. Pets Records was the company that worked with him, they knew that they had a very special product, but it was impossible to imagine all the success that Eats Everything get with this first work. The whole Dance world was listening this work along months and Daniel Pierce could jump from the British clubs to the main discos in Europe.

He works mainly using Dance music as a base and mixing it with other stiles like U.K. Bass, Garage and Techno. His style is very particular, everybody can distinguish his music that is appreciated around the world.

Eats Everything started to work as a DJ in Bristol, in that city the main sound was electronic beats very different than the Dance style which E.E. was playing in the clubs, this diverse style opened him the doors of clubs in London, Ibiza, Asia and Australia.

In 2014 he was the first DJ resident in XOYO London, it was possible thanks to the massive success of his first E.P. and remixes. In Great Britain he wan the price “Best DJ of the year” given by DJ Magazine.

He has released 6 Eps and he made collaborations with other DJ like TEED, Justin Martin and Catz Eats Dogz. A lot of people consider that Eats Everything has changed Underground House forever mixing different styles, and he did it in just four years.

This DJ had amazing performances In Ibiza, for example he started a session with Claude von Stroke to amuse about 40 people and nine hours later he was playing with 400 people dancing around him.

Daniel Pearce is working in Ibiza and that’s a luxury for us, Eats Everything usually travels around Asia and Australia on summer to find new sounds and bring them to Europe. Let´s enjoy this music genius while he was in Ibiza.