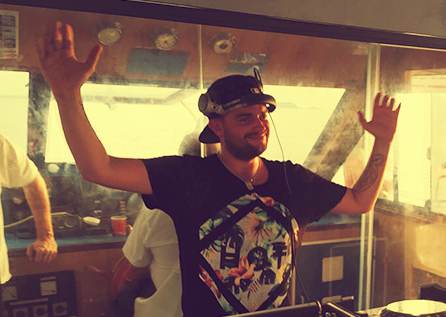 Our industry is focused in Kydus nowadays, a young talent that all of us are waiting. All of us said many times that it was a moment in all DJ’s career when they changed, they was amateur producers and suddenly they became in true items of electronic music, well, this is his moment and everybody is expectant.

Creativity and patient, that’s his way, all his music seems a magic piece made working along hours like a goldsmith, playing with sounds and textures patiently. Now he is living in the present but he can see his future, and it shines.

Electronic world is always changing, a regular DJ needs a long career to see his name in a festival and it’s not very usual a short success but Kydust got it. He was born in Liverpool, the perfect place for musicians regardless of style, he learned everything about house and techno in clubs along Liverpool and he started to make his own creations.

Yousef discovered him when he released “We get This started”, after that “Free Spirit” and “Cala del verano” broke all the dancefloor in the world. A very short way and he released three real successes.

Carl Cox, Luciano, Yousef, Hot Since 82, Joris Voorn, Steve Lawler, Nic Fanciulli, Davide Squillace and Skream are some artist who supported him, that’s not bad. His emotional productions are mixed with amazing skills and many hours working in the decks. Lately he perfected his house and techno style and he did some exciting collaborations with people like Disco Zoo, Circus Recordings, Carpe Diem and Midnight Music.

Kydust was one of the emerging Ibiza´s top artists in 2014, a meteoric rise that led him to clubs like Egg London, Ushuaia Ibiza and Circus Recording Liverpool.

If you want to know this young talent with us book your tickets in “Float Your Boat”, in a few time you’ll say that you saw Kydust in a private session.