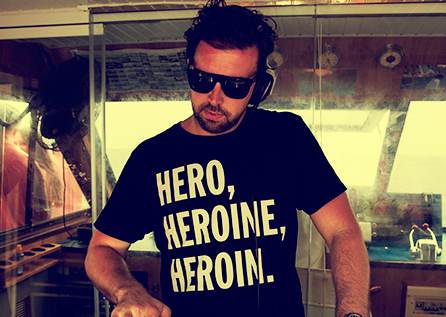 Great Britain is a great country for house music (and for many other reasons…). This amazing island is always giving us very different producers, new sounds around house music and this is a very good example.

There are a lot of good DJs born in British clubs, the reason is that these clubs are the perfect place to start, and in all of them you can have the opportunity if you are good enough, something that doesn’t happen in other countries. As a result the island can throw this kind of musician, in this case Lewis Boardman is a rising talent who is coming to mainstream from underground.

But Lewis Boardman is not full time in Britain, lately he has been traveling from Berlin to Beijing, and he had time to come to Ibiza.

In Great Britain he had the opportunity to join to the BBC Radio team, introducing a programme that tried to find new talents in the U.K. Other projects in which he has collaborated include Yousef, the main name in this industry nowadays, in this case they were collaborating in Yousef’s project “Africa for Renaissance”. Other label which reclaimed him was NRK, supported by Raresh, Livo & Roby and Anthony Collins.

If you want to know him just play “Tranquilizer” and “The Right Kind of Burn”, some examples of what he can do.

Join us in “Float Your Boat” enjoy the true British house and meet a DJ that is showing his music around the world, book your tickets now in our website.