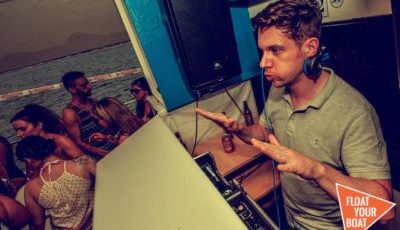 Anton Powers  known for his inclusion in the successful dance group, Cahill.

With a number of remixes for other acts such as Soultronics.

Across the Noughties, Cahill performed at the esteemed U.K. dance music festival Creamfields in the Subliminal tent.

Alongside pioneering dance producer David Guetta and other artists such as Steve Angello and Axwell.

He met further success at the tail-end of 2015, collaborating with fellow dance producer Philip George with the single “Alone No More,” a cover and remix of the track “Be Alone No More,” from British R&B quartet Another Level. In March of 2014, he returned to his former DJ slot at Juice FM, and also runs A&R for record label 3 Beat Productions.

Liverpool Live TV as proud media partners of The Liverpool Music Awards 2013 were on hand to talk to as many nominees and winners as possible, this time Ben Osu speaks to the winner of DJ of the year