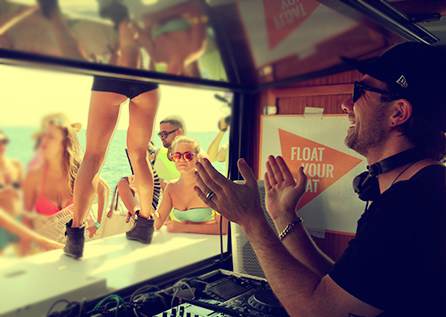 These two musicians have learned in the same music centres and they formed a perfect electronic group in which Tassilo Ippenberger and Thomas Benedict bring different things each other. As a result, they get a characteristic sound Tassilo in a side, Thomas in the other one, mixing different sounds with just an objective, to show us all the work that they did for months.

This last decade the German duo has been in the first gap of the electronic music just for one reason: they do everything perfect.

These two DJ’s met themselves in Berlin in the mythic SAE, a music studio that just had two electronic musicians: Mr. Ippenberger and Mr. Benedict. Their early works were experimental, exploring new borders (something that they have done always) and looking for a style, finally they found a dark and cloudy sound, something typical in Central European musicians, but they do something special with that main idea.

Their key year was 2007 when they released Pan-O-Rama, an homage to techno music where they reviewed all the techno music done until then and providing some new material very particular.

These two DJ’s have time just for party places and studios where they create its music. If you saw their shows on Awakenings, Timewarp or Creamfields you know what we are speaking about, something not very common on the dancefloors, so everybody has time to see this couple in every festival.

The name is (by the way) a small component that you can find in a music studio well, in Float Your Boat we have taken them from their study and they will be with us in one of our parties in Ibiza, if you want to share with us a private session with Pan Pot just contact us in our website.