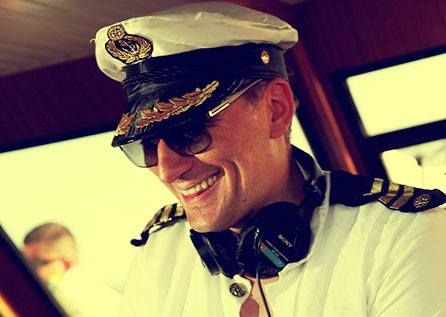 Is everything said about Paul van Dyk? Probably, but here we want to explain what this DJ means for us.

He is a global artist, his influence in music is boundless. Every lists have him on top, one of the best DJs (probably the best) in the last decade. PvD is one of the busiest workers in this business, it’s not only about sessions, he gives us a lot of new material each season while he collects “sold out” posters.

Not all musicians can say that they have sold 3 million of albums and something more important, he travels around the world 16 times each year showing his sessions from California to Australia. One of his hits was in New Year’s Eve 2009 in Rio de Janeiro, Brazil, that night 1 million of people was waiting for him. Music for videogames and movie soundtracks are a few things that he did outside the dance floor.

Depeche Mode, Justin Timberlake, Britney Spears… are some of the names who have worked with him. Best Euro DJ in IDMA, Best Global DJ, Best NuNrg/Euro Track, Best Producer and Best Mix Compilation are some of the awards that he keeps in his shelves, Mixmag elected him “Man of the Year”.

His activity is not only about music, he dedicates a part of his time to politics and social justice from India to Germany in his youth, he has a charity organization dedicated to helping poor children in Berlin.

PvD grew up listening the radio, he couldn’t get all the equipment that a young boy has today, but he was creating good music, finally he released his first album “45 RPM”, not bad, but it was “Seven Ways” the album which shot him to the fame, after that the whole world at his feet.

Do you want to assist to a private session with Paul van Dyk? Contact with “Float Your Boat” and book your tickets now, if you wait for it may be too late, come and enjoy Ibiza with us and Paul van Dyk.