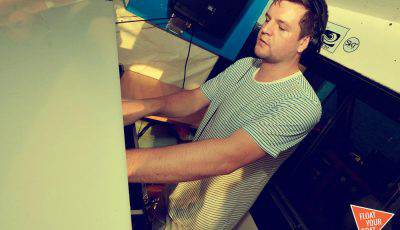 Rob Harnetty is one of the UK’s rising stars on the DJ circuit, with his talents recognised by global clubbing brand Cream in 2008. Rob was signed as one of their official residents joining the likes of Paul Oakenfold, Nick Warren, Seb Fontaine and Gareth Wyn in this highly coveted roster. His debut show for Cream was a Main Room set on their 16th Birthday and since then his talent has been recognised and seen him travel the world performing alongside the likes of Armin van Burren, David Guetta, Eddie Halliwell and Ferry Corsten to name a few. 2013 was another strong year for Rob having played in the legendary Cafe Del Mar, both rooms in a packed out Amnesia for the Cream Ibiza Birthday and also a B2B with fellow Cream residents to close the main room in Privilege for Cream/Radio1. No sumer would be complete without the yearly return to Creamfields to play in the 10000 Capacity Anjunabeats Arena with Above & Beyond, Paul Oakenfold and many more!