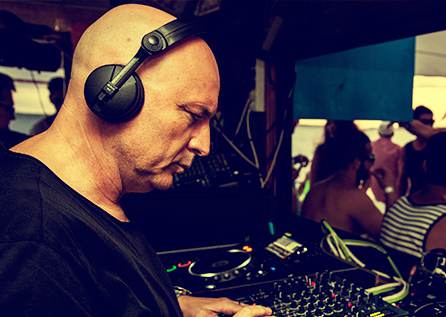 Stefano Noferini has the touch, we think that it’s not something learned, it’s something that born with him, that special sense that only has that kind of DJ that can become a true star.

He has been the main name in house, not in a kind of house, in the whole house music in the world, Noferini made the career that all of us want for ourselves.

Probably another secret that influenced him has been that he tried to innovate in each stage of his work, he worked through different genres always giving us something different.

In Italy he has his own national radio show, in fact he is the most valued DJ and still an example for young Mediterranean DJs, but he is recognised not only in Italy but in the whole electronic world, here in Ibiza we have the opportunity of enjoy him every summer since many years ago.

For all DJs in the world he is an inspirational figure, in fact, if you have a look in the regular tracks of a DJ you’ll find something about Stefano in all of them. Another symptomatic fact is that DJs that work with him in the same session are many of them sharing the dancefloor with us while he is DJing, everybody want to try the experience of a Noferini live session.

Probably we could explain here tens of number ones and records about him, but it’s impossible for us just choose three or four facts. He worked with people like Shakira, Pit Bull or Beyoncé. Ministry of Sound, Euphoria, H20, Space Miami, Cocoon Frankfurt… just some names of clubs where he has collaborated.

Another business for him is his own label, Deeperfect Records, one of the most respected labels in our industry with names like Wally López and Paolo Mojo.

Stefano Noferini is more than an experience, it’s a privilege to have him with us, if you want to join us in “Float Your Boat” book your tickets now, maybe tomorrow will be late.