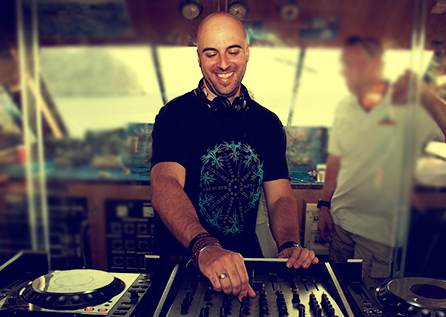 Uner is one of the main names in Spain, our new generation of Young DJs has a safe value in this mixer and music producer. Uner has a different dance music concept, a new way to do things based in harmony and a personal sound. Usually is very difficult to explain a new sound, the best way to understand it is listening and feeling it, so we just can say that is not easy to get the perfect harmony, he does it.

Diynamic, Cadenza, 2020 Vision, Get Physical, Cécile and Visionquest are just a few of labels which claimed for him, in some of them he is an active member. All these companies allowed him to work with names like Carl Cox and Laurent Garnier visiting clubs like Watergate, Space, Pachá and Ushuaia.

The best festivals in Spain are always visited by him, Monegros, Sonar, and Rock in Rio had him as one of the main attractions, but it’s not only this, his name is well-known around the world in the principal electronic events around the world.

One of the differences with other DJs is the fact he uses technology to improve his shows, with these media gadgets he gets a new concept of show, he uses them to get his own sound, some kind of improvisation that he acquires trying new things.

His debut album was all a proof about he could make with dance music, tracks made to dance all night, like he always did in the main clubs of Europe.

As a producer, he is maybe the most promising in underground scene in Spain, someone able to develop a successful career as a producer while we are still dancing with his creations.

Come with us and meet Uner, the taste of Spanish dance. In “Float Your Boat” we can say that we have the future of Spanish electronic with us, join us in Ibiza.