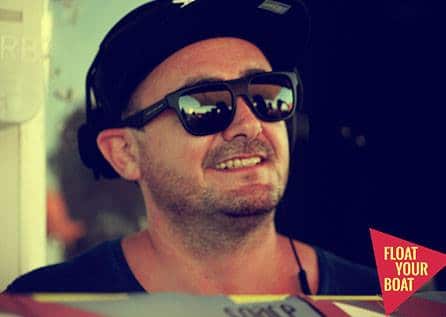 The Argentinian DJ and producer is part of Ibiza History. House, techouse and techno mixed all together to give us a pure Latin electro product. A lot of different genres that he dominates perfectly.

Always eclectic but easily recognized, he pass the year between South America and Ibiza. In 2005 He released “To be or not to be” and “I like the new beat” included both in his Essential Mix Chart as part of a BBC 1 album, this launched him to the British scene, thanks this he is a classical DJ in our continent.

“Ego vs Ego” was edited in the year 2007 by Fusion Records and it was included by Carl Cox in his exclusive mix for U.K.’s Mix Mag. Another hit moment was the beginning of 2008 summer when he played a show side-by-side with Carl Cox in Rock in Rio.

It’s impossible to resume all the work that this DJ has done the last years, tours along South America and summers in Ibiza gave us tons of music of this DJ. “Hey Sweet”, “What a wonderful world”, “Sleep is for the week”, “Todo todo” are some of the mixes and albums that he has released success after success.

Since 2000 he collaborates with Carl Cox in Space Ibiza, place where he played with musicians like Moby or Laurent Garnier.

Today we can enjoy him in Ibiza Global Radio every Saturday in his programme “Push Push radio” and every Friday in LightWave Radio in Greece.

Elio Riso is one of the main attractions in Ultra Musical Festival, he participated in Miami, Brazil, Korea, Buenos Aires, Chile and Croatia all around this amazing event.

This producer, remixer an DJ earn the respect of electronic world, if you want to enjoy him just contact with us and you’ll have the opportunity to share with us and Elio Riso a private party thanks to Float Your Boat.