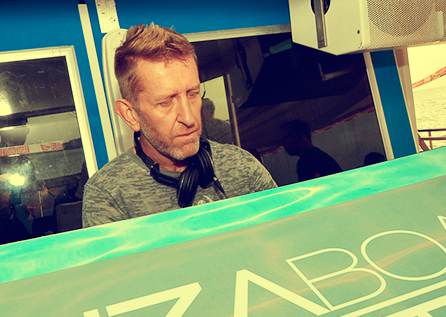 Freemasons is a British band composed by two DJ’s from Brighton, England. Russell Small and James Wiltshire are two of the most recognized producer in this business, they look for new talent and produce their own music each season, something that we thank them.

They formed other collaborations with other producers, so they are giving us very different material. Their name comes from a pub of Brighton: Freemasons Tavern, a place that they visited often, in fact, the name of his record label is Freemaison that they founded in 2005. Alibi, Walken, Funk Fanatics and BN3 are other names that they have used.

“Love on my Mind” was their first real hit, a track mixed with “This Time Baby” and “When the Heartache is Over”, songs from Jackie Moore and Tina Turner. This was a good start for their careers, from here they could work with some of the main names of this industry including Beyoncé, one of her songs, “Dèjá Vu”, was enough to be nominated to Grammy Awards, Kylie Minogue and Shakira are other names of people who worked with them.

“Unmixed” was released in October 2007, it was a very successful mix, shortly after they worked with Kelly Rowland to produce the mix of her track “Work”, some people was talking about the possibility that this duet produce an album with Donna Summer, but finally it wasn’t possible.

An EP Summer of Pride Mix was released in August 2010, and in 2014 we had at least “Shakedown 3” their 4th studio album released on 1st of September, with “U Drive Me Crazy”, the last success of these two.

An enviable career in music and lot of things coming, the producers of the heavyweights of music are coming with us in “Float Your Boat” this summer and you shouldn’t miss them, come with us to share this experience in Ibiza.