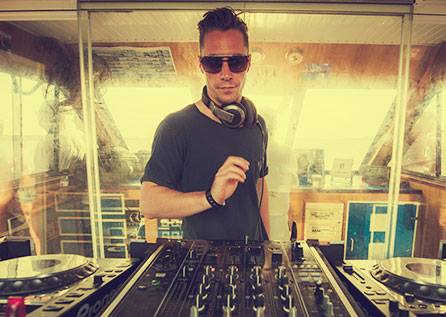 Jon Rundell never followed anyone, he has been a personal DJ who always do what he feels, no trends, no fashions. This DJ has his own style, he remained unique and mature. You can be listening his experimental phases and recognise him, a surrounding sound with his typical touch. He is always evolving, constantly looking for new frontiers and experimenting, all with his own label.

Work, work and more work, that’s the answer that Jon Rundell proposes us. After many years, in 2008, he got a true victory in the field, when Carl Cox supports him as one of the main promises of electro music, in fact, today has his own label to release tracks and full works, with this company he produced “Knick Knack” that was in the number one for six weeks.

One of the main works of this artist has been one of the remixes of Moby’s remixes album, but he collaborated with Carl Cox and Paul van Dyk making some remixes for them as well.

Jon Rundell always has an extraordinary success on the set, in “The End” in London as resident DJ he showed everybody all his capabilities, always adapting himself to every situation, every atmosphere. Large and little rooms around the world, the show is always the same: Jon Rundell, the environment is always different.  Matter London, Space Ibiza, Guverment Toronto, LeShowcase Paris, Fabrik Madrid, Cielo New York, Tomorrowland… the list could have hundreds of names around the world, everybody wants to see him again.

Work and good music, just two ingredients, the best recipe: Jon Rundell. He says that he only wants to connect with people, something that you can think that is easy when you are playing in a mix table, but it’s not, and Jon Rundell gets it every time.

If you want to enjoy Jon Rundell and live a different experience in a boat just look at the dates and join us in “Float your Boat”, a private party with the best DJ’s in the world, in this case, Jon Rundell.