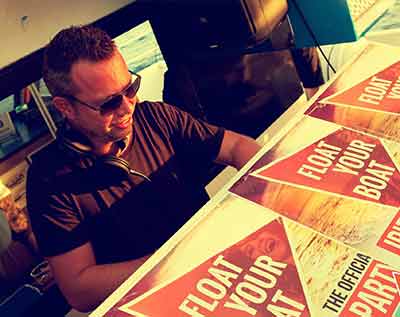 As a generation-defining artist that reshapes our perception of what dance music can be, Sander van Doorn is without a doubt one of the world’s most essential, influential and popular DJ/Producers in dance music today. Sander van Doorn got in touch with the musical scene in the year of 1995, the Dutchman was sixteen at the time. His brother’s latest gadget, a real “Groovebox”, caught his attention. He was astounded when he first experienced the amount of creativity that could be put into creating music. Time and time again, Sander would borrow his brother’s Groovebox and his nephew’s vinyl records and he played the life out of those records. Since then, Sander’s heart belonged to music and it still does today. When talking about Sander van Doorn, you must be talking about his music, Sander has created his own typical sound and style. Sander is a producer at heart, and started DJ’ing to create exposure for his productions. It’s basically impossible to put appoint one specific genre to Sander van Doorn’s style, his music gets influenced by a very broad spectrum of factors. Sander lets himself get inspired by in many different ways en supports talent with a love for the music as big as his. Today in 2015, Sander has performed thousands of times in every corner of the world and released several records himself, yet Sander is still part of a group of innovative and progressive artists. Sander’s creative process exists of re-inventing musical styles, taking risks in regards to the sound he creates and most importantly staying ahead of the masses. With two full-length albums, numerous hit-singles, remixes of the worlds biggest artists, sold out gigs in all major venues and festivals worldwide, his own successful record label, Doorn Records, and a weekly radio show named Identity, Sander van Doorn continues to beat a path into the heart of fans around the world.