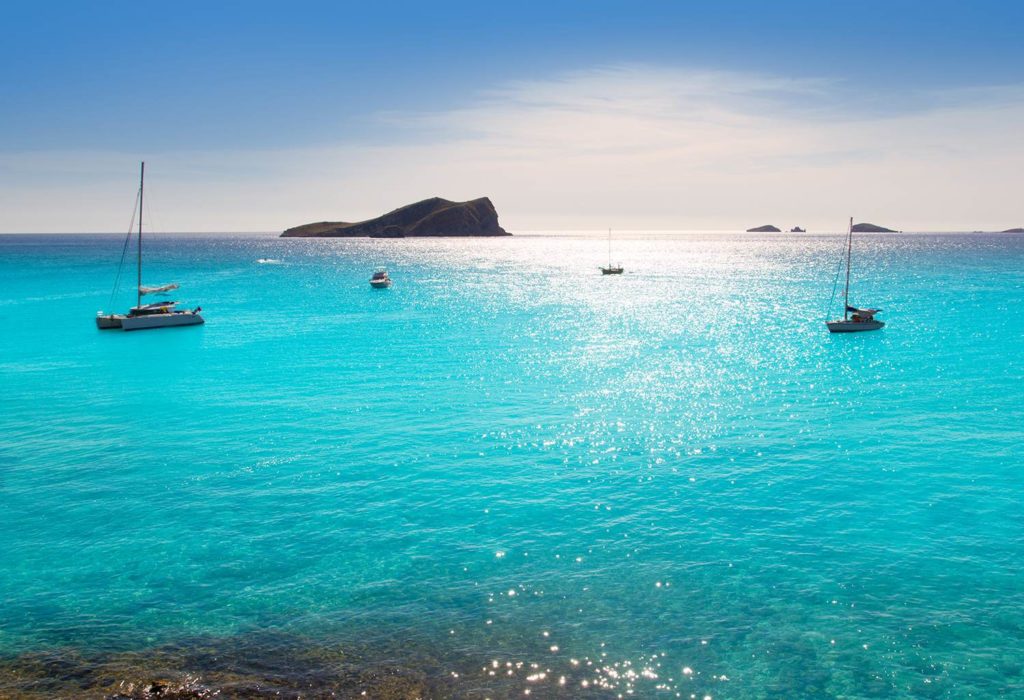 They weren’t hoteliers they were glorified receptionists but in the early 2000’s everything changed when the low cost carriers started to fly into the island and tourists suddenly had a choice of where to fly from and how long to come for. Short durations and long weekends became a possibility for those who couldn’t get time off work.

The traditional tour operators weren’t prepared for this sudden shift and many went out of business in quick succession. Hotels started losing their guaranteed income, some panicked and some decided to invest and make their product better. Those hoteliers who couldn’t think outside the box saw their product progressively get worse while those who grasped the nettle soon realised that new avenues were opening up without the need to go through a middle man.

As hotels raised their prices and loaded their beds on internet sites, Ibiza became accessible to all and what was once a closed shop suddenly became open all hours. The Island that was once the sole domain of the British and German package holidaymaker became a truly international destination.  Tour operators, the driving force behind bringing the Spanish Costas to the mass market, had served their purpose in Ibiza but weren’t relevant any more.

As hotels started to see the fruits of their investments the White Isle grew in strength, many wised up quickly after years of doing very little – why invest after all when tour operators paid you very little in a price-driven market and still filled your hotel week in and week out regardless?

Tour operators, faced with this changing shift had to find a relevance and did so by buying their own hotel complexes and shifting capacity to other emerging destinations while investing heavily in family all inclusive units, some focussed on long haul where long weekends and no-frill flights weren’t an option. Some gained traction and carved out new markets while the ones who didn’t diversify withered.

While Ibiza prospered the tour operators and their brightly clothed representatives became less & less visible until there remained only 2 of the traditional main players: TUI (formerly Thomson’s) & Thomas Cook then another player emerged. Jet2 Holidays picked up the baton and redefined the package holiday market by offering multiple airports, flight times and hotels all at the click of a button in your living room. This was a new type of tour operator who didn’t horde tourists around like cattle but gave them a real choice. This was the beginning of the end for Thomas Cook (you don’t see any Jet2 agents on the high street).

Ibiza’s smaller family run hotels, through Booking dotcom and Expedia, were now finding their own markets and charging 10 times what they received from tour operators, the profit now going into the hoteliers pocket and being reinvested back into the island.

The hotels sector went from strength to strength as well as the villa market as flights were more available and affordable than ever. Hotels soon learnt that weekends were of higher demand so adjusted the prices accordingly, earning as much for a long weekend as for a 7 night stay.

As Ibiza became a marquee brand investment companies from all over the world came looking for hotels, snapping up basic properties and turning them into luxury retreats. The circle was complete.

Ibiza isn’t any other destination, it’s a very special place because of what it has to offer. In the space of 15 years it went from offering bucket and spade mainstream holidays to a truly world class destination with first class hotels and a unique mix of beautiful nature and unrivalled nightlife.

It’s journey started with tour operators and as sad as the demise of Thomas Cook and others are, the relationship was always a double edged sword and it was only after it threw off those shackles that Ibiza started to realise its full potential.

“MAN IN SAN AN” by Martin Makepeace